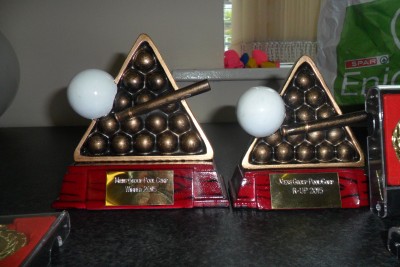 We had the Men’s Group Pool Competition final today. John and Tommy were our finalists, the two men who had battled through the competition to make it to the end.

It was a great match, a real nail-biter. It was very closely fought but John won through in the end and became the well-deserved 2015 champion. 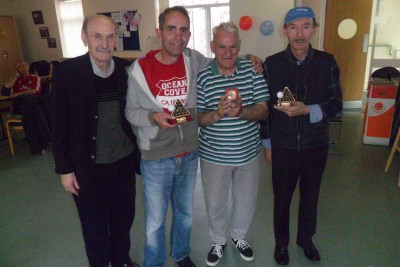 Appetites were whetted for next year, and already talk has turned to the 2016 competition, so watch this space!