Every month, our aim is that the Active Retirement Group goes on an outing. Since Christmas, we have had some great trips.

On the last Friday of the month, 22 of our group met in the Irish Film Institute in Temple Bar for their monthly Wild Strawberries movie – for a very generous €4.75 the IFI offers a cinema ticket and a tea/coffee to senior citizens on Friday mornings at the end of every month. We started our morning with a beverage at 10am accompanied by a finger of lemon drizzle cake and took our seats before the movie started at 11am. The film this month was ‘Hunt for the Wilderpeople’, a quirky warm hearted tale from New Zealand – highly recommended if you haven’t seen it.

We met at 10am in the Silk Road Café in the Chester Beatty Library for a cuppa and a scone before our pre-arranged guided tour of  the collections in the Chester Beatty Library. Afterwards, we strolled to the Powerscourt Centre and attended a lunch time play in Bewleys Café Theatre (currently residing on the top floor of the Powerscourt Centre). The play was called ‘Looking Deadly’ and told the tale of two feuding funeral directors.

Our starting point was Ozanam House at 10am. We strolled to the new Luas stop on Parnell Street and took the tram all the way to the Dundrum Shopping Centre. We then had a cuppa before some browsing in the shops. This was followed by a game of crazy golf in the Rainforest Adventure Golf venue. We had a small bite to eat there after our game, a toastie with a cuppa. We had some time for more window shopping before meeting up at 3pm to get the Luas back to the city centre.

Once a year, the Active Retirement Group join with groups from other areas to attend a social event organized by ‘Third Age’ in Summerhill, Co. Meath. The afternoon started with a tasty two course lunch after which the Frank McDonnell band (ex Joe Dolan band) took to the stage.  They played and sang an eclectic bunch of old favourites. The dance floor filled quickly and was hopping until finish time. An enjoyable and active afternoon was had by all. 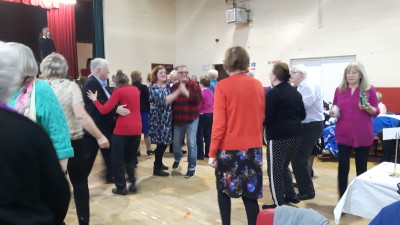 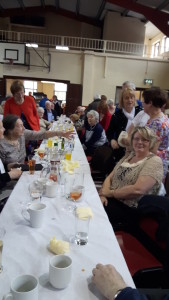 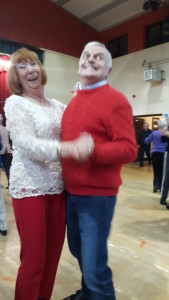 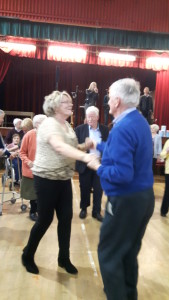