Judith’s hobbies are the flying trapeze! While Shane’s main hobby is competitive dancing.

Judith has had experience in the circus, while Shane says ” I nearly won Ozanam Come Dancing last year, but I was robbed due to internal SVP politics! – Ha ha!”
They didn’t know each other before the competition, but Shane thinks he knows Judith from “Crime Watch”. A joker that one.

They decided to participate because Shane loves dancing and Judith says, “If your not in, you can’t win”. 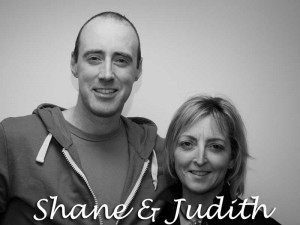 You can sponsor our dance here & help us raise funds for Ozanam House!