Eugene O’Leary is a Cork-born, Dublin-based adventurer. He was kind enough to share some of his stories with us this week. He spoke about his many adventures all around the world, his charity work and how he became involved with it all in the first place.

He used to work on the lighthouses, but his time spent away from his family was becoming too difficult so he packed it in and started working in the shipping industry. One of his daughters was born with a heart complaint and spent time in Crumlin’s Children Hospital. This is when Eugene started his extensive charity work. He started raising money through marathons, which also helped him to stop smoking.

His daughter unfortunately passed away due to heart difficulties at the age of 19. At this stage, Eugene’s commitment to charity greatly increased. He took part in cycle events around the country and then abroad like the 500km cycle in five days in South Africa. Then came cycles in Italy, Hungary and further afield. Eugene showed us his pictures from these journeys and his shots of the Grand Canyon and Niagara Falls.

He has represented many charities like Crumlin Children’s Hospital and the Chernobyl Children’s Trust. This is a charity set-up in Ireland, but works with many community groups in Belarus, as well as the Children’s Oncology Centre.  At the age of 75, Eugene is still going strong. He hopes to complete one of the caminos, he has already completed several, later this year.

Thank you Eugene for coming in to share your stores and inspire us all. 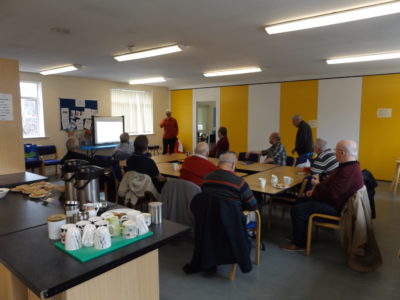 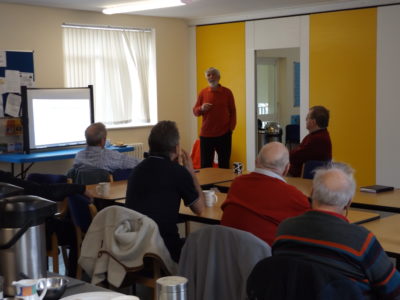 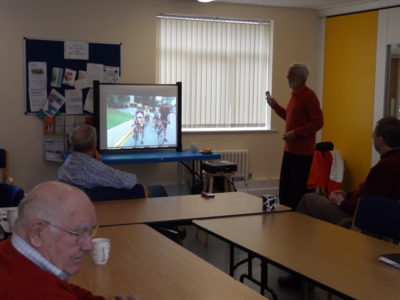 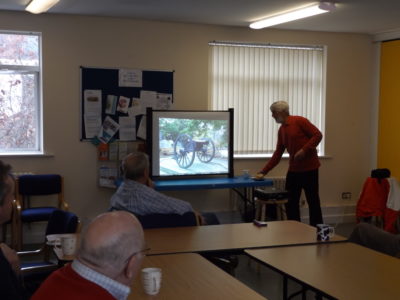 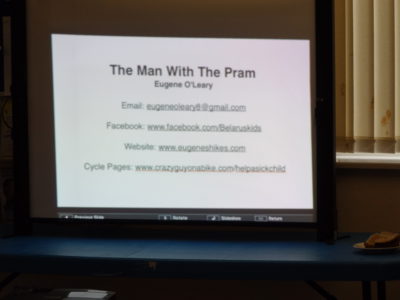